Jared Kirby has been involved in Combat for Screen & Stage and Western Martial Arts for 25 years. He teaches in New York City (and the metro area) and has choreographed fights Off-Broadway, Nationally, in London and Sydney.

As a Fight Coordinator, Jared has worked with stars such as Peter Sarsgaard, Steve Guttenberg, Cameron Douglas and has trained performers who are working on hit shows. Jared is a member of Actor’s Equity and SAG/AFTRA.

He is the president of Combat Con in Las Vegas, past president of Art of Combat, and served for six years on the  board of the International Order of the Sword & Pen.

Jared currently teaches fencing at SUNY Purchase, Sarah Lawrence College and is a Master of Arms (Maestro d’Armi) through the Martinez Academy of Arms. Jared has an ongoing Combat for Screen & Stage class in New York City and teaches at the prestigious Tom Todoroff Conservatory as well as the NY Conservatory for Dramatic Arts.

He teaches a variety of workshops across the US and around the world including Canada, England, Scotland, Finland, Italy and Australia. He has taught at the Paddy Crean International Art of the Sword Workshop, the International Swordfighting and Martial Arts Convention (ISMAC), Rapier Camp and the Western Washington WMA Workshop just to name a few.

Jared is the editor and one of the translators of “Italian Rapier Combat”, the first complete, professional translation of Capo Ferro. He is also the editor and wrote the introduction for “The School of Fencing” by Domenico Angelo and annotated by Maestro Jeannette Acosta-Martínez as well as “The Gentleman’s Guide to Duelling” released in February 2014 and a reprint of Donald McBane’s “The Expert Swordsman’s Companion” released in January 2017. Most recently, Jared has co-authored “Staging Shakespeare’s Violence” with Seth Duerr and a 2nd edition of “Italian Rapier Combat” in 2021. For more information, see Amazon.com.

Check out Testimonials to hear what people say about working with Jared.

You can learn more about Jared’s path to becoming a Fight Coordinator and Fencing Instructor from this terrific interview done by Tony Vang: 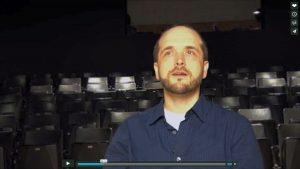 For more about Jared’s approach to Stage/Screen Combat, check out this great documentary:

or this 7 page article from the December 2014 issue of New Jersey Stage magazine: 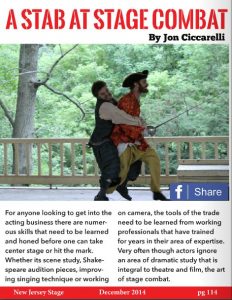 or the Backstage Article: 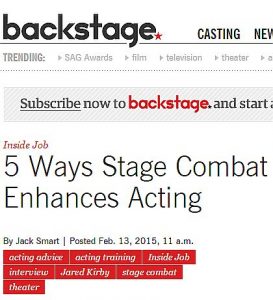 If you want to learn more about Jared’s approach to the violence in Shakespeare you can watch an interview from This Week in Shakespeare: 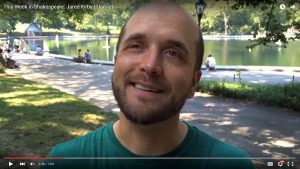